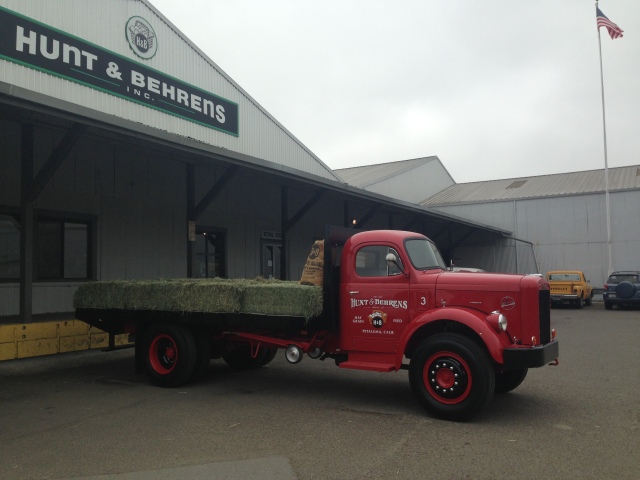 From 1921 to 1955 all feed delivery was in a sacked form. In the Mid-50’s farms began to take chicken and dairy feed in bulk delivery tanks.  Not all ranches  were able to implement this new technology so sacked feed delivery continued in volume for years to come.

Over the years, the conversion of commercial farms to bulk feed reduced the amount of sacked feed used.  Number 3  was the lone survivor of five delivery flatbeds before a new modern diesel flatbed truck took its place in 1990.

Upon its retirement from the commercial fleet, it sat in a barn at a local dairy for 22 years until it was unearthed for nostalgia’s sake.

Dan Phillips of Northwestern Service (707) 792-0739 did a complete restoration from bumper to bumper.   Paint was matched from historic specifications, lights were moved back to original locations, original specification mirrors were installed and all the wiring was re-done. 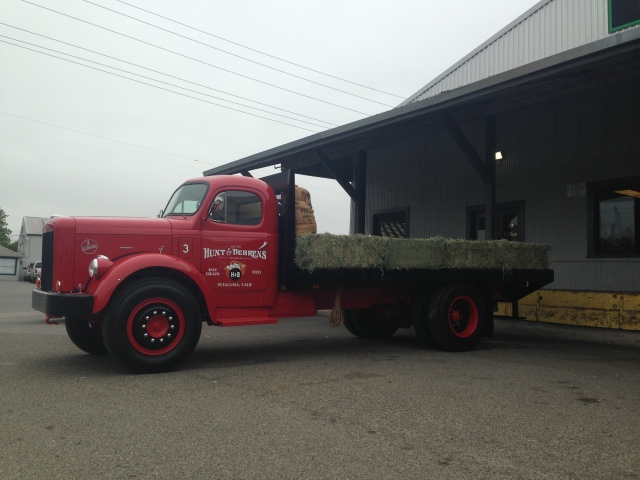 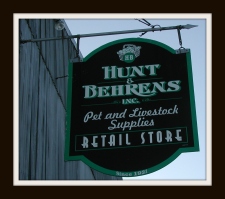